As a diabetic it’s vital to know about Type 2 Diabetes Statistics. Diabetes is a disease that is spread almost all over the world and whether it is U.S or Nigeria there are quite a number of people who are suffering from this disease. The number of people suffering from diabetes has risen from 108 million in 1980 to a huge number of 425 million in 2018. When there is problem with insulin in human body that person suffers from diabetes.

The hormone insulin in the human body is responsible for taking sugar from food and then moves those in the body cells. When the body is not able to produce enough insulin or the produced insulin is not used properly, the sugar from the food stays in the blood. The result is high blood sugar.

Diabetes has turned out to be a key health concern worldwide. Everywhere there is a rise in diabetes. There are different types of diabetes and among them the common one are Type 1 and Type 2. There’s even type 3 also known as Alzheimer’s disease.

As mentioned, diabetes occurs when you have problem with use of insulin in your body. As people age the problem of type 2 diabetes arises. However, now it is prevalent among children too. In type 2 diabetes although the pancreas produces insulin, but the body is unable to use it efficiently. That’s unfortunate.

There are different causes behind it, but lifestyle factor is one of the major causes for type 2 diabetes. If you follow type 2 diabetes statistics you will find that mostly adult people suffer from this type of diabetes, however now even some children too are found to have type 2 diabetes.

When you are suffering from type 2 diabetes at first the body cell stops reacting to the effect of insulin in body. Gradually the body will stop producing enough insulin and thus it cannot use the glucose in body effectively.

Thus, the glucose that should enter your cells is not entering it and building up within the blood stream. This is known as insulin resistance.

When a person has always high blood sugar this happens normally. Even someone who often has high blood sugar has the risk of having type 2 diabetes. As the body cells are overexposed to insulin they stop reacting to it and the result is accumulation of sugar in blood. This is where all the problems begin.

It takes time for the symptoms to appear and at the beginning oral medication may help. However, gradually you have to take insulin in order to stay fit from type 2 diabetes. Type 2 diabetes can occur when someone in your family already has it, you are a smoker, you are obese, and you follow an unhealthy diet or do not exercise at all. This is the most common type.

It has been observed over the years that type 2 diabetes is prevalent over certain ethnic groups. Even though they adjust over other factors causing diabetes the risk is found higher in them. Data provided by National Institute for Diabetes and CDC shows that risks of diabetes among different ethnic groups.

Apart from the Caucasian, Type 2 diabetes is prevalent for certain other groups that includes

It is found that compared to the non-Hispanic white adults, the risk of diabetes is 9% higher among the Asian Americans. At the same time the non-Hispanic black has a risk of 13.2 % while the Hispanics have a risk higher by 12.8 per cent. At present the rate of diabetes as diagnosed among these groups are:

World’s highest rate of type 2 diabetes is among those American Indians adults who reside in the Southern Arizona. The ratio is too high, one in three has it.

Among the Asian Americans the rate of diabetes is:

There are thoughts that why the rate of risk of types 2 diabetes varies from one ethnic group to another. There can be many causes for that like the genetics buildup of these people, their health conditions, lifestyle, environment where they live. Their fitness level and access to health care also is a major factor that causes this different in rate of type 2 diabetes.

Type 2 diabetes is a disease that was found more prevalent among adults. However, with time it is found that those children from Asian Pacific Islanders who age between 10 to 19 years have high chances of getting affected. Around the age of puberty many children are found to be suffering from diabetes. However, the rate is not yet alarming.

Spread of Diabetes Among Different Countries

Diabetes is not an issue that is prevalent in any particular country. Almost every country is fighting against it and trying to find out way out of it. However, the best way out of diabetes is leading a healthy life, doing exercise regularly and ensures that there is supply of healthy food. Let’s have a look at the number of people suffering from diabetes from different countries.

This data is of 2017 and those adults aged between 20 and 70 years is included in this:

These are countries with the most prevalent of diabetes. People from other countries too suffer from diabetes, but compared to these countries the ratio is a bit low.

Among Americans, it is found that among those suffering from diabetes are majority above the age of 65 years and above. Those in between age of 45 years to 64 years have 16% diabetes and the percentage is very low for those below the age of 44. The rate of diabetes is increasing among the youths which were not much before a few years too.

This may be due to the fact that they are leading an unhealthy lifestyle and there are genes of diabetes in their family. The risk of having diabetes increase as you grow thus with every birthday passing by you need to be very careful about your health so that you do not suffer from diabetes.

Type 2 Diabetes Among Men and Women

Just the way type 2 diabetes differs from one ethnic group to another there is change in the rate of diabetes among men and women. It is found that men are more prone of suffering from diabetes compared to women. The reason behind this is yet not known. However researchers believes that one of the main cause that 14.6% more men suffer from diabetes than women is their body obesity.

While the risk of diabetes remains the same in obese women too, but among men the viscous fat has more bad effects that results in high blood sugar or type 2 diabetes among men.

Even it is found that in most countries the lifestyle of women is comparatively better than a man. There are women who are smokers, but huge number of women is non-smokers and thus their risk of having diabetes is less compared to men who are mainly smokers. However, it should be noted that smoking is just one cause among many other that leads to diabetes among people.

Type 2 diabetes is among one of the major causes that leads to death. According to a report it was the seventh leading cause of death, US in 2015. In more than 252,806 certificates diabetes was mentioned as a cause of death in Unites States alone.

The actual fact is much more scaring than this. Type 2 diabetes is a chronic disease that affects your health in different way. As you keep on suffering from type 2 diabetes different organs of your body starts getting affected by it. Some of the major problems that may arise due to diabetes are kidney problems, heart problems and eye problems.

A patient who is suffering from diabetes from long years gets affected not only by diabetes, but the high level of sugar content in their blood affects their kidney as well as their heart.

Thus, it can be said that diabetes is an under reported case of death. Actually diabetes gives rise to many other problems like kidney problems and heart diseases which might be a leading cause of death. Thus when the death certificate is written it will be mentioned that the cause of death is heart failure and not diabetes while the main cause behind heart failure may be diabetes!

Only about 10 to 15 % of the death certificate mentions diabetes as a cause while it can be an underlying cause for many other diseases that leads to death. Worldwide there were more than 1.5 million deaths due to diabetes.

The treatment cost for diabetes is increasing at a rapid rate. In United States alone the total costs for diagnosed diabetes is around USD 327 billion among which the direct medical cost is around $237 USD.

There is productivity loss among those who are suffering from diabetes and this loss also has a cost. It has been estimated that it is something around 113 million days which can amount to something around 28.3 million.

However, all these do not include those costs that occur for those individuals who have not diagnosed diabetes, but are suffering from it and there is loss in work for that.

It is found that the total expenditure for medical expenses would have been 2.3 times less if there were no people suffering from this disease. Even the cost that relates to diabetes has its effect on other health conditions too. Like 29% of the total cost are for kidney disease and another 285 is for nervous system issues.

Type 2 Diabetes Statistics now show you how this disease affects all different kinds of people. This is a disease that will not affect you immediately, but with time it is going to take a toll on your health. You will be suffering from many other diseases.

It’s true that there is no prevention to it, but you can delay the stage when it finally attacks you. The best way to do that is of course by leading a healthy lifestyle. Change your bad habits and do exercise regularly. You will be more healthy and can lead a life without diabetes. 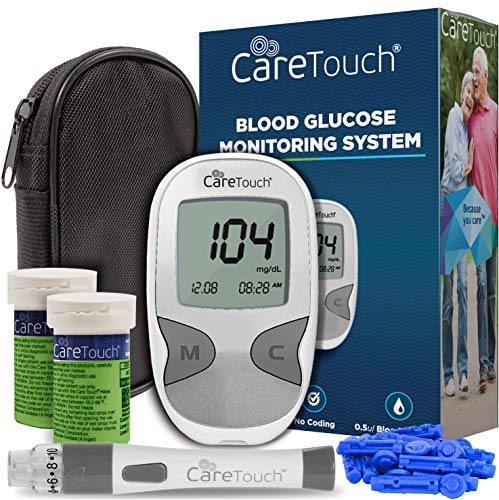 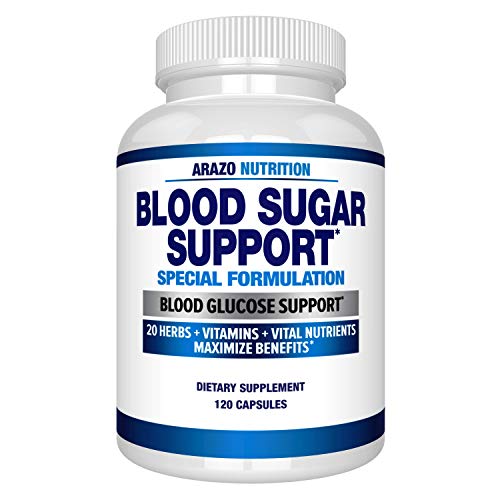 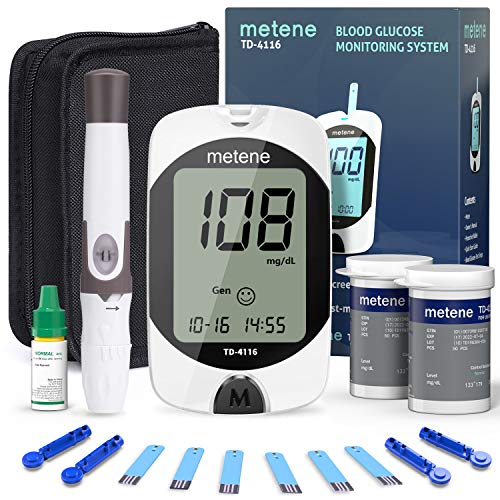 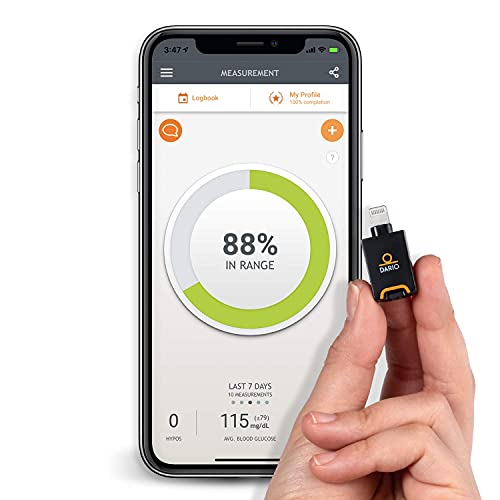 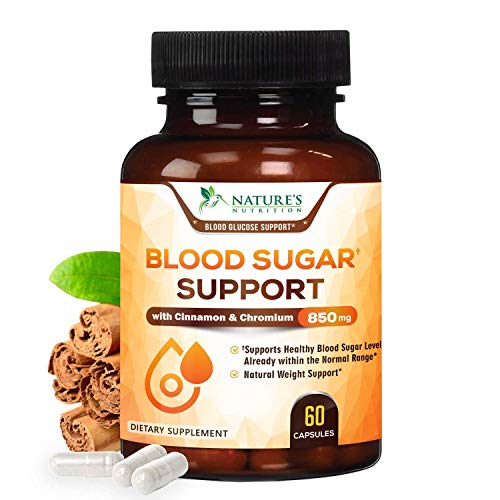