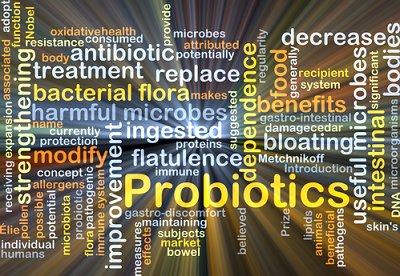 Your blood sugars can be helped by having probiotics in your system. Probiotics are good bacteria that are beneficial for our gut and they are healthy for your body and can help diabetes. But are probiotics for diabetics really a good thing?

Why are Probiotics Beneficial for People with Diabetes? 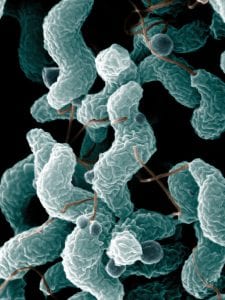 Probiotics are defined as bacteria that naturally occur in our bodies. They are actually called “microorganisms.” It’s really rather simple and not as hard to understand as you might imagine. We all grew up thinking that bacteria is yuck!

But that’s not the real fact when it comes to bacteria because in reality there is bad bacteria and good bacteria. It’s important to know that the two types of bacteria are necessary for functioning.

And for this to happen they both have to be balanced out. That’s where probiotics come in. Probiotics in your diet help build up the good bacteria to offset the bad bacteria from poor eating choices.

So you can have an imbalance of good and bad bacteria because of a poor diet, certain medications such as antibiotics, or a particular illness that can be causing this to happen.

There are basically two ways to get probiotics, either taken as a supplement, or a food that is fermented. (such as yogurt) I want to talk to you about probiotics and food choices and benefits but first I’d like to discuss the connection with diabetes.

How Probiotics can Help Diabetes

Scientists are searching for ways to avert the start of type 1 diabetes by using probiotics. They believe because this disease is an autoimmune disease, that probiotics could be a possibly therapy or treatment for it. I guess we’ll have to wait for the actual verdict on that, but it seems that it could be promising and that would be good news, right?

There was a study done among children who are at a higher risk from genetics of having type 1 diabetes and those children who did develop type 1 had a microbiota that was quite noticeably different from the group who didn’t develop the disease. There is a possibility that a probiotic supplement at such an early stage in life might help to prevent the beginning of type 1 diabetes. More research has to be done.

Because type 2 is much more well known and more common than type 1, there is more probiotic research and the results are rather impressive. They found that people with high blood glucose levels were able to improve the controlling of the blood sugar levels with probiotics. The interesting fact is that those individuals with the highest blood glucose levels benefited the most from the use of the probiotics.

So it would likely be the conclusion that those who already have type 2 diabetes can see substantial results from probiotics. This doesn’t mean that any particular strain of probiotic will work the best than any other. Some work better than others.

Interestingly enough, there was a study conducted about the DASH diet. This is basically a diet for folks with high blood pressure issues. But what researchers did with the eighty people who took part in it was to have them either specifically follow the DASH diet or follow it with the addition of foods rich in probiotics.

Approximately 15% of the people were pre-diabetic. After 90 days the people on the diet with the added probiotics lowered their A1c by 9% and the folks on the diet alone only improved the scores by 3%. That would indicate something to you, wouldn’t it? Hmm… seems the probiotics made a difference.

For More About Probiotics and Diabetes – Watch the Video Below

What Other Health Benefits do Probiotics Offer?

Probiotics do a great job in reducing and preventing diarrhea. Antibiotics are prescribed for illnesses but they take a toll on the bacteria balance in your stomach. But studies revealed show that there is a reduced risk of diarrhea from antibiotics with the usage of probiotics.

It can reduce your risk of traveler’s diarrhea by almost 8%. It can also reduce the risk from diarrhea from other cause in adults by 25% and 55% in children. 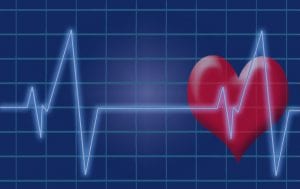 Probiotics can help to lower your blood pressure and your LDL bad cholesterol which helps to keep your heart healthy.  There is bacteria that contain acid which reduces cholesterol by breaking down bile in your gut. This is important because bile aids in digestion.

Studies were done where eating a probiotic yogurt for a time period of two to six weeks helped to lower bad LDL cholesterol by 5% and total cholesterol by 4%. Probiotics may also lower your blood pressure somewhat.

Probiotics can help to prevent the growth of bacteria that are harmful and at the same time help to boost your immune system. There was a study done that they also may have lowered the duration and the chances of respiratory infections. It was also shown that women could lower their risk by 50% of contracting urinary tract infections.

This can be another uncomfortable condition to deal with. But having a poor control of activity in your stomach due to enzymes can be the reason why you experience constipation. That’s where probiotics come in. They can aid in speeding up the process of digestion and excretion by successfully helping to balance the enzyme activity.

Treating a yeast infection has always been something that probiotics does a good job with. There are various strains of probiotics that when taken orally, can be a benefit for the treatment of the reproductive system. They play a big role in treating vaginitis, urinary tract infections, and bacterial vaginosis. This is one of the areas where probiotics can be beneficial the most.

You might be thinking fatigue, really? Yes, but having probiotics in your diet will help you in reducing fatigue. The systems in our bodies are all connected in ways that are hard to imagine. But there are connections between your immune system, chronic fatigue syndrome, and an intestinal bacteria imbalance.

Probiotics can help to re-balance the bacteria in your intestinal systems and can be lessen or eliminate the chronic fatigue syndrome.

Studies show that the amount of bacteria and the type of bacteria in your stomach is a major influence  on your health. Studies were done examining the a person’s weight and the effect probiotics and specific bacterias used and they showed that there was an overall decrease in body weight, fat mass, and weight gain. Anything that helps with weight is a good thing as far as I’m concerned.

Food obviously affects us physically. But believe it or not it also affects us mentally as well. Have you ever gotten an upset stomach when you worry about something?  This affects your mood. There’s evidence that there is a connection between the body and the mind. There are some professionals who feel that using probiotic supplements may help to relieve anxiety symptoms.

Buttermilk is not only great for boosting your energy, it relieves stomach acid and improves your overall digestion. Even if you’re lactose intolerant, you can have buttermilk because the lactose protein contained in buttermilk has already been turned into lactic acid.

In addition, it is loaded with nutrients such as riboflavin, calcium, protein, vitamin B12, potassium, and even low in calories and low in fat too. 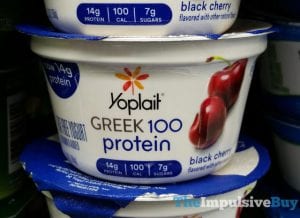 This is about the best probiotic food available. Live cultured yogurt comes from sheep, goats, or cows. I have yogurt everyday because of its health benefits and the fact that it can help with diabetes.

I will admit that I love chocolate, but milk chocolate is my preference. I still love dark chocolate and it has many nutrients, antioxidants, and probiotics. And it’s always best to have any of your probiotic foods at the start of your meals. Go for it!

First of all apple cider vinegar is one the healthiest foods for you bar none. It isn’t a probiotic food by itself but the ingredient in the fermented apples called pectin is one that helps to promote healthy bacteria in your stomach. Apple cider vinegar may not taste great but it sure is beneficial for your body.

Cheese that is raw and unpasteurized contains high amounts of probiotics and buying it already pasteurized will not give you the benefits as the raw cheese does. You can actually lose weight with cheese because because of the calcium and protein they contain.

The weight loss can stem from them by stabilizing your metabolism and improving your digestive system. I love pizza with cheese but not to overdo it! LOL

Green pickles are very good for your digestive system. This is due to the fact of the bacteria that helps your body’s health. Pickle juice is also another way to go. The electrolytes can aid in relieving any muscle cramps. Cramps can be extremely painful!

Supplements and Side Effects

First off, you want to try and get between three and five billion colony forming units or CFU’s. And when buying supplements it may not be that easy to find the right product containing enough so shop around.

As far as the side effects go? They are almost non-existent so you shouldn’t have much to be concerned about. The only one might be diarrhea, but that could come from having too much too fast. As with anything else, consult your physician FIRST before you try anything, especially if you are taking any medications!

Probiotics for diabetics can help you in treating your diabetes. Probiotics are healthy for you and can help with lowering your blood sugar. Make sure you get the foods you need to get the healthy bacteria your gut needs.

Here’s the Real Truth about Diabetes

Contents
1) Why are Probiotics Beneficial for People with Diabetes?
2) How Probiotics can Help Diabetes
3) Type 1 Diabetes
4) Type 2 Diabetes
5) What Other Health Benefits do Probiotics Offer?
6) Best Probiotic Foods
7) Supplements and Side Effects
Scroll back to top